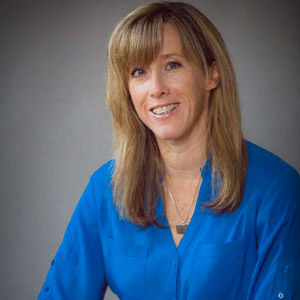 Kerriann is the Co-Founder and Chief Strategy Officer of OrthoCare. She is an accomplished executive and visionary in business management, sports medicine, and higher education. Kerriann has over 20 years of experience in sports medicine and education including a tenure as Professor and Certified Athletic Trainer at the University of New Hampshire. Kerriann earned her Master’s in Education Degree at the Curry School of Education at the University of Virginia and a Doctor of Philosophy Degree in Education at the University of New Hampshire. She has achieved many certifications throughout her years including Certification as an Athletic Trainer (ATC) by the National Athletic Trainer’s Association Board of Certification, Inc. as well as her Certification as an Orthotic Fitter (CFo) by the American Board of Certification in Orthotics, Prosthetics and Pedorthics. Kerriann’s tremendous work ethic, leadership, and her passion for healthcare have positioned OrthoCare to become a leading low-cost provider of Durable Medical Equipment in the Northeast. 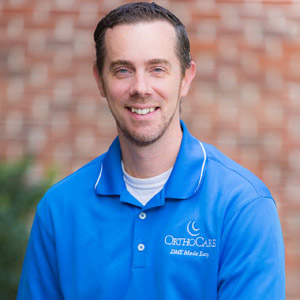 Ryan Stoorza
VP of Clinical Sales
Ryan is the VP of Clinical Sales of OrthoCare. He has brought years of clinical experience as a Certified Athletic Trainer as well as an Orthopaedic Cast Tech/Physician Extender to OrthoCare from day one of our operation in 2004.Prior to OrthoCare, Ryan received his Bachelor of Science Degree in Athletic Training from the University of New England as well as earning his Certification as an Athletic Trainer (ATC) by the National Athletic Trainers’ Association Board of Certification, Inc. and Orthotic Fitter (CFo) by the American Board of Orthotics, Prosthetics and Pedorthics. He has served as a Certified Athletic Trainer for many local high schools and colleges in Maine and New Hampshire. Over his ten-year tenure with the OrthoCare, Ryan has grown professionally in his role and has been a key person in the parallel growth realized by the company over these years. Whether he is fitting a patient or managing our company-wide clinical services, Ryan always deliver nothing but the best! 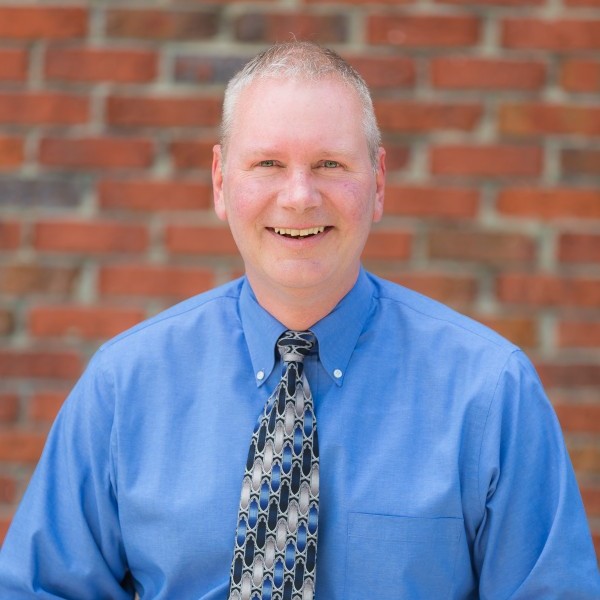 Gordon joined OrthoCare in 2013 as Director of Operations bringing over 20 years of operational excellence with his ability to think analytically, communicate effectively and execute efficiently both in domestic and international markets. Gordon is a welcome addition to the OrthoCare leadership team complemented by our corporate values and talented people focused on delivering the best in DME services.Prior to joining OrthoCare, Gordon was the Program Manager for a government contractor servicing the Department of Navy’s benefits administration for over 210,000 civilian employees. Gordon created an environment of seamless collaboration with his sub-contractor to motivate staff to outperform QASP requirements, minimize IA/IS risk and achieve SOP’s compliance.Prior to this, Gordon held various positions in management for Global Service Delivery and Operations. Applying a strong expertise in LEAN, Six Sigma methodology, Gordon has achieved operational success through change management and improvements, strategic planning/execution, and leadership. 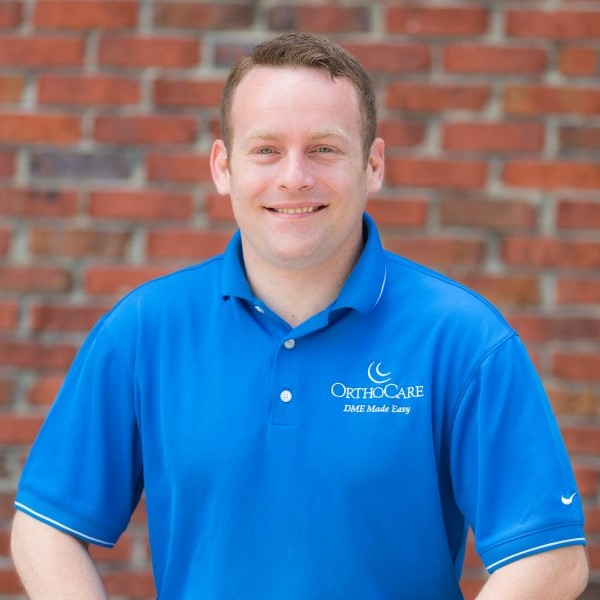 Jeff Lynn
Director of Material Management
Jeff has been our Director of Material Management since the summer of 2011. Jeff is responsible for planning, procurement, storage, control, and distribution of materials system-wide for our organization. Jeff graduated in 2005 from the University of New Hampshire earning his Bachelor’s Degree in History with a focus in Early American History. He later went on to become a Reserve Infantry Marine assigned to Bravo Company 1st Battalion, 25th Marines. Jeff was deployed in 2003-04 during Operation Enduring Freedom to Camp Lejeune North Carolina, Okinawa Japan, and Zamboanga City Philippines. While in Zamboanga, he conducted security for the Joint Special Operations Task Force Philippines (JSOTFP) as part of the Marine Security Element, as well as conducting Joint medical care to local villages throughout Mindanao Island with Navy medical personnel. Jeff’s end of service was January 2009 with the rank of Sergeant. 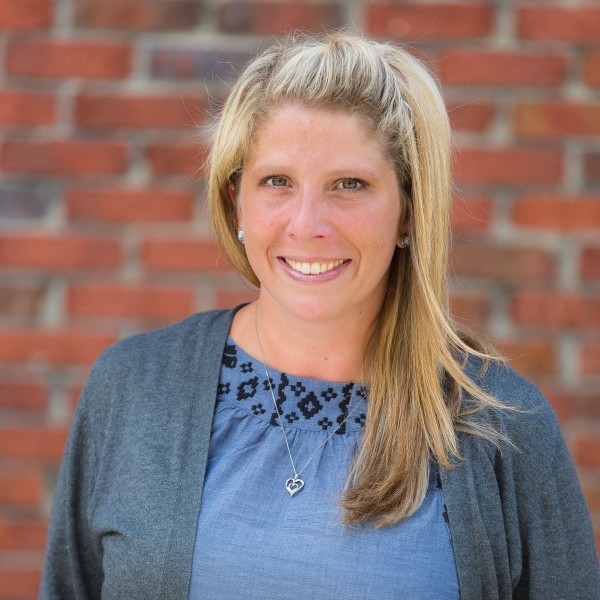 Julie Hall
VP of DME Service Operations
Julie has been with OrthoCare for over 7 years when she started as a collections specialist. Right out of the gate, Julie took the great initiative in learning other aspects of the business and it was this drive together with her impressive work ethic and dedication to the company that earned Julie her current role as VP of DME Service Operations. Julie is a tremendous asset to OrthoCare as she excels in the day to day management of our headquarter location as well as our many satellite locations. Her responsibilities are greatly diversified and she handles them all with professionalism and pride. Julie is a very passionate person who cares about OrthoCare and each and every one of our employees. Prior to OrthoCare, Julie worked for a Periodontal Office for over 3 years gaining experience in management, scheduling, and customer service. 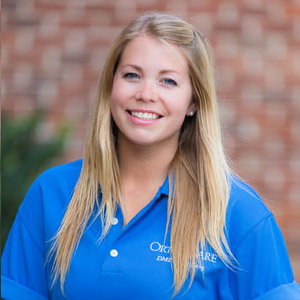 Dianah Shelley
VP of Clinical Services & Solutions
Dianah has been with OrthoCare since 2012. She was hired as a member of our clinician team and with her hard work, reliability, and professionalism as a clinician, she was recently promoted to VP of Clinical Services & Solutions. In her new role, Dianah is responsible for the management and communication of our partnership accounts. She earned her Bachelor of Science Degree in Athletic Training from the University of Maine and is a Certified Athletic Trainer and Orthotic Fitter. 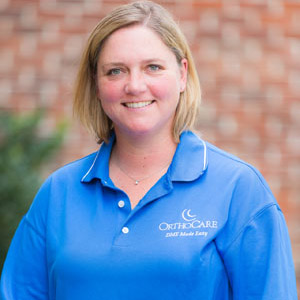 Kily Oliveira
Territory Manager
Kily joined our team back in 2006 and has been a great asset for our company. The personal character that Kily exudes as well as the high level of service that she provides patients and our referral sources makes Kily one of our best representatives. Kily provided exceptional, on-site patient care for over 6 years at Massachusetts General Hospital Sports Medicine and has since transitioned into managing OrthoCare’s clinical team and sites throughout Massachusetts. Before joining OrthoCare, Kily received her Bachelors of Arts in French from Roanoke College, her Bachelor of Science in Athletic Training from Endicott College, and her Masters of Education from Temple University in Kinesiology. Kily went on to complete her Graduate Assistantship at Saint Joseph’s University where she ended up working at the University level for six years. Like Kerriann and Ryan, Kily also has her certifications in both Athletic Training (ATC) and as an Orthotic Fitter (CFo).

Matthew Bruton
Territory Manager
Matt joined OrthoCare in 2016 as a Territory Manager for our New Hampshire and Vermont locations. Matt is a quick learner and has been a great addition to our team. Prior to working at OrthoCare, he earned his Bachelor of Science degree in Athletic Training from the University of New Hampshire. After UNH, Matt went on to complete his a Master of Science Degree in Athletic Training from West Virginia University. He worked as an Athletic Trainer for the WVU Men’s Soccer Team while completing his degree. Matt recently became a Certified Orthotic Fitter (CFo) by the American Board of Certification in Orthotics, Prosthetics and Pedorthics.

OrthoCare’s team provides a one-on-one professional approach, putting the patient’s needs at the core of its mission. Whether delivering a product, fitting a patient, or collaborating with other healthcare professionals, you can count on OrthoCare’s team of clinical fitters to deliver nothing but the best.

OrthoCare would not be where it is today without a strong backbone of great people! Our collections, billing, and administrative teams work very hard every day to place our company high amongst the list of best providers in Durable Medical Equipment (DME) throughout New England. They are a fun and caring group who take great pride in what they do!